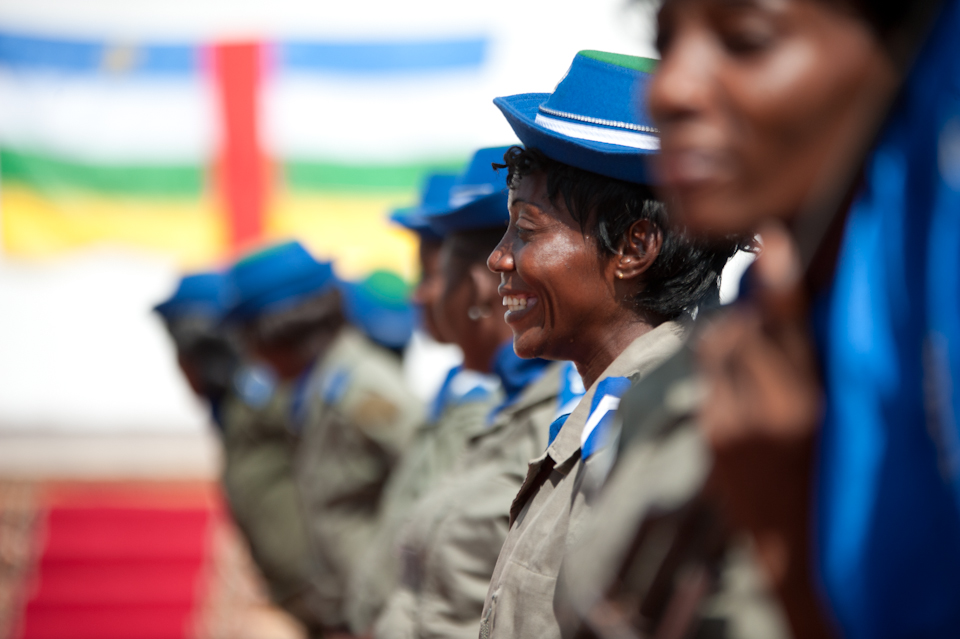 The road to peace and gender equality is not smooth

The road to peace and gender equality is not smooth. Chair of the GAPS Management Committee and Head of Policy at Womankind Worldwide, Lee Webster, wrote this blog to mark the 14th Anniversary of UNSCR 1325, where she says the formal tables of the official peace negotiations are still too far away for the vast majority of women…

On 31st October 2000 the United Nations Security Council adopted a historic resolution which for the first time explicitly recognised the impacts of conflict on women. In a groundbreaking move, UN Resolution 1325 mandated the international community to ensure women’s participation in all peace processes.

14 years on, and despite the good intentions of the resolution, women are far from the centre of peace negotiations. We have seen time and again, through conflicts and peace processes in Afghanistan, Libya and the crisis in Iraq and Syria, that despite the impacts of conflict on women, when it comes to negotiating peace, their voices are simply not heard.

Conflict – wherever it takes place – affects women and girls differently to men and boys. Women are at a heightened risk of rape and sexual violence, vital services such as health clinics are destroyed and girls are often the first to be taken out of school when insecurity is on the rise. Widowhood increases, and with it the attacks on rights that women face. The disintegration of the police and legal system means that women have little or no access to justice for the abuses they have experienced, and a culture of impunity often permeates conflict-affected societies.

“For generations, women have served as peace educators, both in their families and in their societies. They have proved instrumental in building bridges rather than walls.” – Former UN Secretary General, Kofi Annan.

Despite being at particular risk in conflict, women’s rights activists and organisations are often at the forefront of efforts to build peace. Research by Womankind and ActionAid shows that women are building peace in communities and supporting women’s participation in practical ways. In Afghanistan for instance, the Afghan Women’s Resource Centre supported women to become involved in local decision-making structures such as the Community Development Councils. Following their experience and increased access to politics, the women ran for election to parliament, and two were elected, enabling them to continue advocating for peace and women’s rights.

Like women in Afghanistan, across the world in conflict-affected countries, women are speaking out for peace, and against violence. Yet when it comes to formal peace negotiations, where are the women?

A study by UN Women in 2011 of 31 major peace processes spanning two decades, revealed that only 4% of signatories, 2.4% of chief mediators, 3.7% of witnesses and 9% of negotiators were women. Despite international commitments and summits, sexual violence is still the norm in conflicts, rather than the exception. Sexual violence is also often absent from the text of peace agreements, even in conflicts where widespread sexual violence has been employed as a tactic of warfare.

UN Resolution 1325 was the first of a number of UN Resolutions that aim to protect women from violence in conflict and support their participation in peacebuilding. The resolutions are implemented via National Action Plans (NAPs) on Women, Peace and Security developed by governments. The UK government was among the first to develop a NAP in 2006, and there are now almost 50 around the world. Earlier this year the UK launched the third iteration of its NAP, co-ordinating government action on women, peace and security until 2017. It will be releasing its implementation plans – laying out how the commitments in the NAP will be carried out – by the end of the year.

When we talk about cross-government co-ordination on women, peace and security efforts, it can feel removed from the realities of women on the ground in conflict zones. Yet what is committed to in the UK NAP has a real potential to drive positive change.

So we welcome the government’s plan, particularly its focus on participation of women in peace processes. Of course that needs to begin at home, and all UK delegations to international conferences on conflict situations should have an equal gender mix.

We welcome that the NAP recognises the unique contributions of women’s rights organisations in conflict-affected countries to building peace, and acknowledges the need for donor funds to support that. However we would like to see actual funding behind that commitment – aimed specifically at, and accessible to, small women’s rights organisations working far away from capital cities building peace in their communities.

Thirdly, we welcome the efforts to align the various high profile and important initiatives that the UK government has led over the past year – the Global Summit to End Sexual Violence in Conflict, the Girls Summit, the Humanitarian Summit on Violence Against Women and Girls, and ongoing annual work at the UN Commission on the Status of Women. However, to maximise on the leadership shown by this government on women in conflict and peacebuilding, the implementation plans should show how these summits will be followed up, and how commitments made on the international stage will be implemented to make a difference in the lives of women and girls.

As we look forward to next year’s 15th Anniversary of UN Resolution 1325, and the expected research into progress made – which is being led by UN Women – we must pause and ask ourselves, as the international community, have we done enough? Whilst undoubtedly there has been progress, and there are some examples of women taking part in peace negotiations, it is still too rare. For the vast majority of women who face the impacts of conflict and are building peace informally in their communities, the formal tables of the official peace negotiations are still too far away. Now is the time, more than ever before, that governments around the world need to take concerted action to put women at the heart of peace.

APPG on Women, Peace and Security hosts the UK Government’s Annual Report to Parliament in 2019