Audrey is a former Foreign Office Legal Counsellor and an experienced international lawyer who specialises in human rights law, international election monitoring and gender equality. She was Director of the OSCE Office of Democratic Institutions and Human Rights (1994-97) and Leader of the UK Delegation to the UN Human Rights Commission (1998-2002). She has helmed 12 Election Observation Missions for the OSCE. She has worked with many international organisations and NGOs and developed the ODIHR’s capacity in the rule of law, human dimension, election observation and Roma. Audrey helped to create the Ministry of Human Rights in Iraq (2004-6). She is a trustee of the Prison Reform Trust and adviser to the British Institute of Human Rights. She is on the Board of Electoral Reform International Services and most recently has become an adviser to GAPS, reflecting her belief in the need for women to play a part in any peace and stabilisation process in post conflict countries.

Anne-Marie Barcia de Leiva is a banking and finance professional. During her banking career she worked in New York, London,… 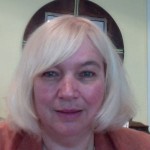 Joan Link is a retired British diplomat. When working in the FCO, she led work on the development of action…

Christine Chinkin is Professor of International Law at the LSE and a barrister, a member of Matrix Chambers. Together with… 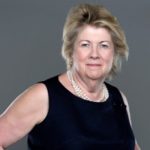