For International Women’s Day 2018, GAPS is celebrating diaspora women building peace through projects in the UK and across the world. Their work, from local initiatives to high-level peace processes, is at the forefront of change as they bring their voices, and the needs and challenges facing their communities, to the process of building sustainable peace. This is such important work, which all too often goes unrecognised by formal peace and security actors and institutions.

Today we are saying thank you to diaspora women working for peace and security as we profile five brilliant women and their important projects. 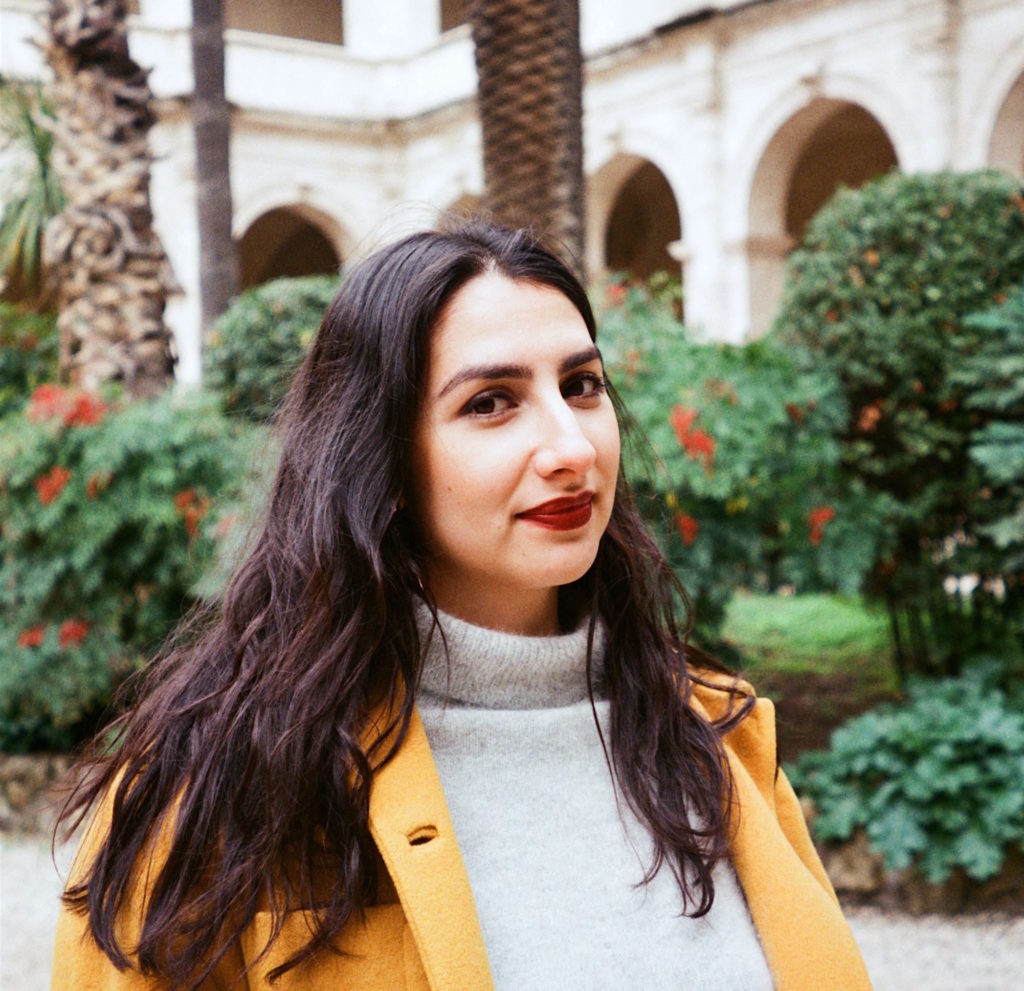 Camila Marín is the daughter of political refugees from Colombia. She has conducted research on the phenomenon of Colombian migration to London for the Truth, Memory and Reconciliation Commission of Colombian Women in the Diaspora (TMRC) and throughout her Masters in Social and Cultural Anthropology at UCL.

Although high-level peace processes are hugely important for reducing violence and garnering international support, their effects are limited if the root causes of social and political inequality are ignored. Peace cannot exist where grave social and economic injustices continue to mark the daily lives of a population. Peace cannot exist when people feel unable to contribute to political changes or live in fear for expressing their beliefs. Peace cannot exist where marginalised communities are being displaced to make way for large-scale economic projects or when their environments are being polluted. I see peace as a long and arduous path with no finish line; a process where dialogue becomes the primary tool to resolve problems as opposed to violence.

In my opinion, security is both a pre-requisite and a consequence of peace. Governments must provide adequate security provisions to all actors involved in the transition to a peaceful society to ensure that the cycle of violence is broken. Security must also be provided to those who dedicate their lives to the defence of human rights, even when their declarations are not in the government’s economic interests. Since the Colombian peace process was signed in late 2016, over 205 human rights leaders have been killed. Although massive steps have been made towards ending the conflict on Colombia, if this current trend is allowed to continue any longer, the future of the peace process will become even more opaque.

Women’s testimonies are crucial in terms of providing a holistic understanding of what happened during a conflict. Not only have women’s bodies been used as sites of war, they have been used as tools of war through their active participation. In addition, women play hugely important roles in the aftermath of conflict, which is evident in their strong presence in civil society initiatives and their ability to exert influence over the identities of following generations.

However, women within diaspora communities have been subjected to a double invisibility. In their countries of origin, many were exposed to historic exclusion in relation to political participation for the sole fact that they are women. Additionally, their migration beyond national borders has meant that they now face further barriers when attempting to contribute to peacebuilding conversations taking place in their home countries.

Despite this political exclusion, women from diaspora communities continue to provide economic support through remittances which play an important role in economic development. They also possess an untold number of skills and lived experience that can guide effective policy-making. Testimonies from diaspora women can contribute non-judicial accounts of conflict that not only shine light on the pain and loss experienced, but more importantly, on their future hopes and methods of resilience.

For the past year and a half, I have been part of the Truth, Memory and Reconciliation Commission of Colombian Women in the Diaspora (TMRC), an initiative backed by Conciliation Resources that began in London and has now spread to cities such as Barcelona, Brussels and Stockholm. The TMRC arose during the peace negotiations between the Colombian government and the FARC to empower Colombian women in the diaspora to actively participate in the peace process, whilst documenting the impacts of war and migration from a gendered perspective, and healing possible traumas relating to the armed conflict.

The TMRC has provided us with a sense of real community, an aspect that many have lost throughout the armed conflict and the subsequently isolating process of migration. Given that my family were forced to flee Colombia for political reasons, I was denied the possibility of growing up there; through the TMRC, I have been able to experience that Colombian essence that I was deprived of throughout the course of my life. Moreover, it has provided me with tangible skills that allow me to contribute positively to conversations on the post-conflict reconstruction of a country that I hold so dearly and to be part of that collective voice that is working towards ensuring that people are no longer expelled or assassinated for thinking differently.

APPG on Women, Peace and Security: Peacebuilding and Women and Girls’ Rights in Libya

On Tuesday 2 February 2021, the All-Party Parliamentary Group on Women, Peace and Security (APPG-WPS)…

Welcome to our October wrap up! October was women, peace and security month at the UN. Ahead of the…

Listening to Women’s Rights Organisations: The UK’s Gender and Women Peace and Security Practice in Iraq

This joint policy report written by Dr Zeynep Kaya at the University of Sheffield, Dr…