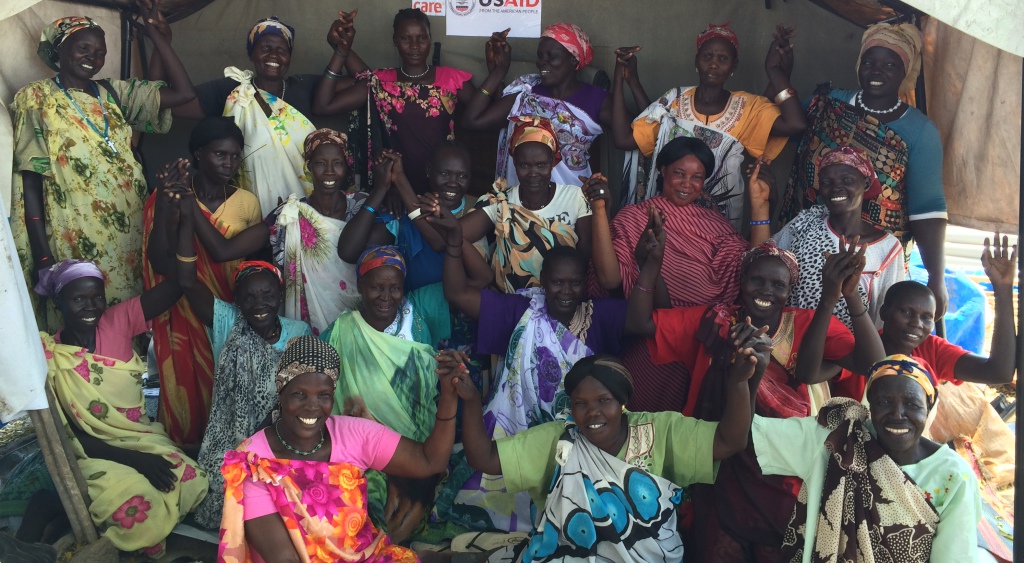 Campaigning for peace with women’s participation in South Sudan

In South Sudan, women, their partners and communities are raising their voices to challenge gender-based violence and end the conflict. With the formal peace process largely closed to women and civil society activists, other ways are being found to make a difference.

During last November’s 16 days of Activism, I visited South Sudan where activists across the country are raising their voices calling for an end to the brutal civil war and full respect for their rights. Many of those voices belonged to women and girls, who have been particularly affected by the conflict. In 2014, CARE’s research showed that even before the war, levels of gender-based violence (GBV) in South Sudan were extreme, with many women treated as little more than property. With the war has come an increase in the use of sexual violence as a tactic by armed groups – described by the UN Special Representative on Sexual Violence in Conflict, Zainab Hawa Bangura, as rampant and the worst she had seen in 30 years.

No Room at the Peace Talks

While three of the official delegates for the opposition are women, formal peace talks in Addis Ababa have largely been closed to representatives of civil society, including women’s activists, church leaders and youth, despite the incredible suffering of women and girls in the war for over a year. This is not an official exclusion, but with so much of the negotiation taking place between leaders of the SPLM party, it has been common for key discussions to take place away from the formal talks, making it hard for civil society representatives to stay involved. Women should be fully represented at the official talks, and pressure needs to continue to be put on the parties to make the talks, the mediators and the staff more diverse.

However peacebuilding is more than just official negotiations. Women peace activists such as the South Sudan Women Platform for Peace are taking a lead in putting pressure on the parties to make progress at the talks, while many women are playing vital roles in bringing dialogue to the community level.

In Wau Shilluk, north of Malakal in Upper Nile State, an estimated 40,000 internally displaced people are living with their host communities outside of the UN protected sites (known as Protection of Civilians sites – POCs). Here CARE has been working with two newly created women’s groups to support them with coping with the effects of conflict. After training on their rights under the law, and a discussion of the 16 days of activism, it was the women decided they wanted to organise their own activities. In the words of one, “Why should others speak for us, when we can speak for ourselves?”

Use us to create stability

When these women were asked what they would tell the world during these 16 days, the women replied, “We are human beings with rights, especially a right to security. If this was respected, we would be home right now. What we ask for now, is support while we wait for peace, engage with us and use us to create stability.” During the 16 days the groups organised marches, cultural activities and discussion groups, all behind the themes of No to War, No to GBV, and Yes to Education. One of the discussion groups was for men, to get them to consider how they can be part of the solution of ending GBV and the war.

With peace talks making fitful progress ahead of an IGAD and AU summit on January 30-31st, women peace builders need to be given more support to continue and expand their work in South Sudan. The process of reconciliation and healing will be long, and much of the energy will be needed at the community level. In a very practical as well as a principled way, with no women, there will be no long term peace in the world’s newest country.

A version of this blog appeared on CARE’s Insights Website in December 2014.